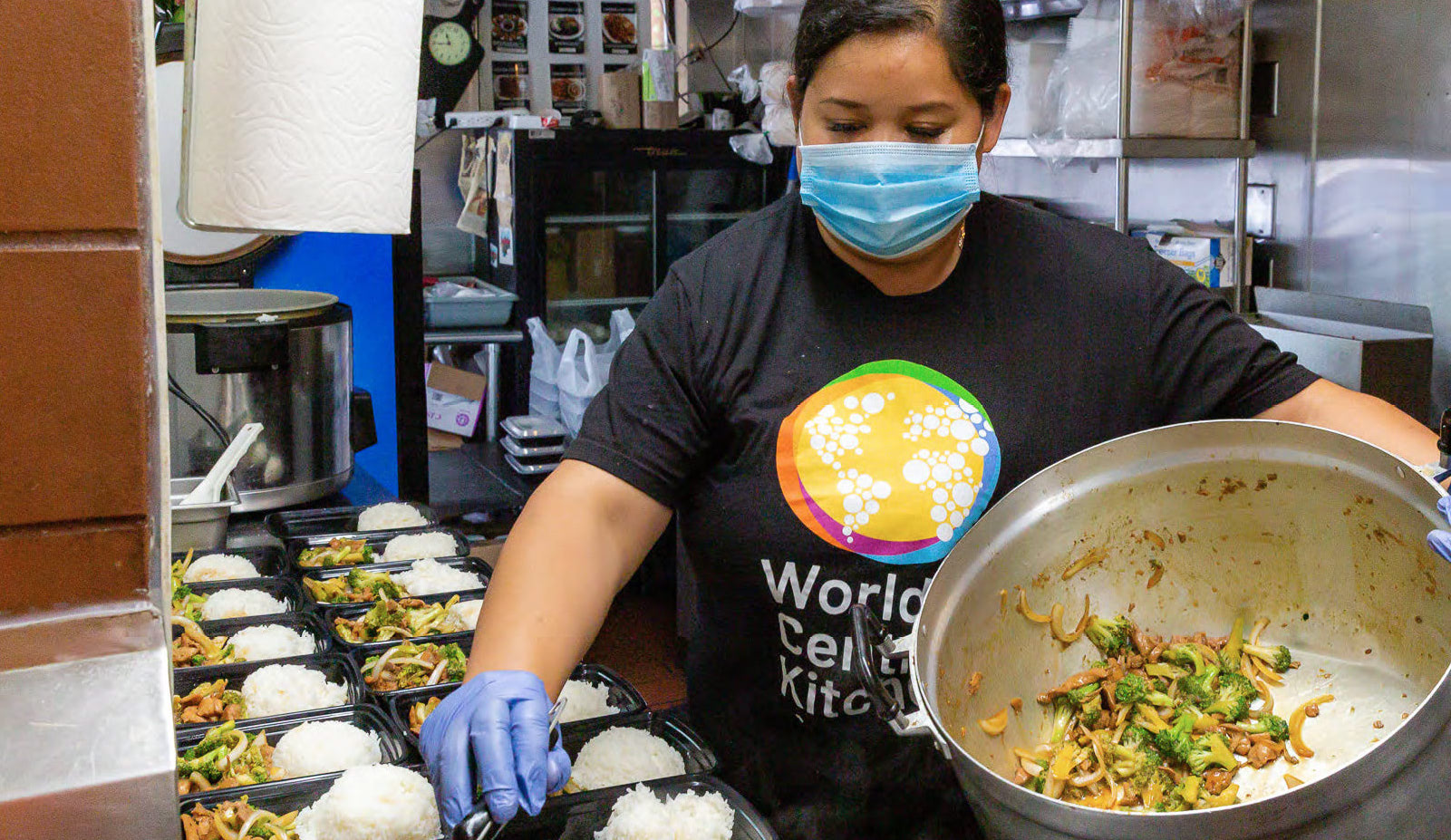 World Central Kitchen (WCK) provides fresh and nutritious meals to those in need following disasters like earthquakes and hurricanes. With the COVID-19 outbreak forcing many restaurants to cease regular operations, WCK launched Restaurants for the People. A pivot to their model, it “employs” restaurants to produce meals for those directly in need of food, starting in the city of Oakland, California.

Main photo caption: Melinda Bun, owner of Cambodian Street Food, was raised in Oakland. Through #ChefsForAmerica, the restaurant has delivered hundreds of meals to the Center for Empowering Refugees and Immigrants, which serves Cambodian-American survivors of genocide and their families. / World Central Kitchen 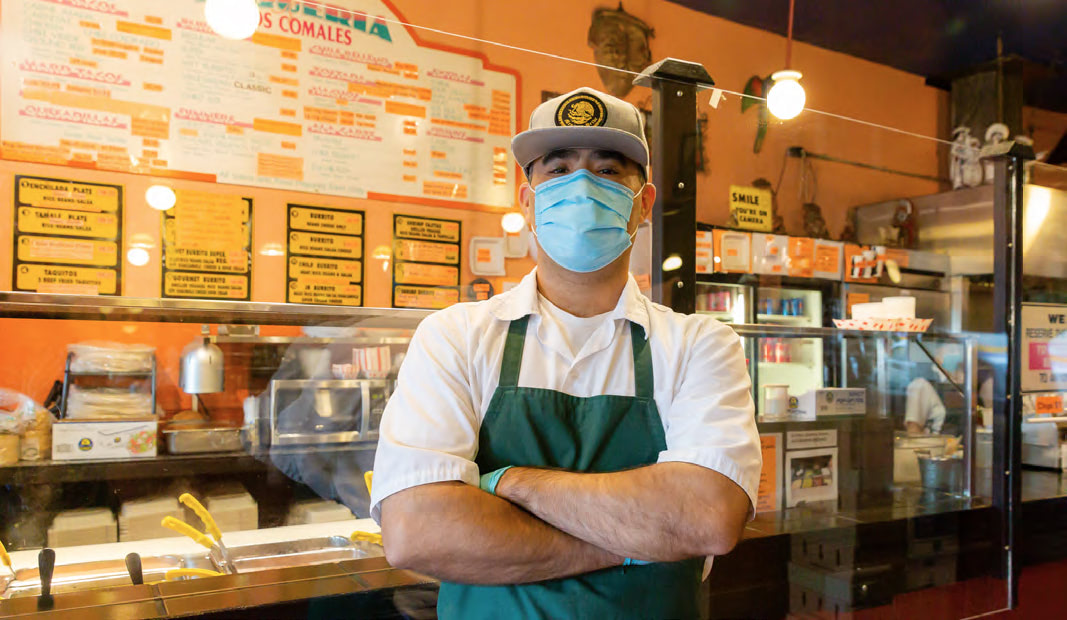 WCK has partnered with 131 restaurants in Oakland and Alameda County, California, to deliver over two million meals. Meal recipients included Oakland Unified School District students and their families, healthcare workers, people experiencing homelessness, and senior citizens. This helped to maintain at least 840 restaurant and hospitality jobs and disbursed more than $15 million back into the local economy.

In addition to serving meals, WCK has distributed more than 1.2 million pounds of produce at 12 different sites across Oakland. They shared recipe cards with inspiration for how to use the produce, including one in collaboration with celebrity chef and cookbook author Ayesha Curry.

With the Oakland pilot as proof of concept, WCK is advocating for state and local governments to earmark larger-scale public funding for food relief. To date, WCK has unlocked more than $675,000 in government funds for Great Plates Delivered Oakland, which was used to provide more than 106,000 meals.

Meet the Chefs For America in Oakland

The relationship between Kecia Johnson and her sister Shawny Capla is even sweeter than the candied yams at Rob Ben’s, a neighborhood soul-food restaurant. “It’s just the two of us making all of these meals,” said Kecia. “We are very family-oriented. And we treat everyone who comes in like family.”

Rob Ben’s was opened in 2018 by Kecia’s nephew, NFL star Marshawn Lynch, who was adamant that his Auntie Kecia, who hosted Sunday dinners, had to be the chef. “We are so grateful toWCK,” said Kecia. The organization has been essential, allowing the sisters to run their outdoor restaurant on the weekends and serve the community that’s supported them so far. “We have always been givers, and WCK has enhanced our ability to give more.

Cam Anh deli was open less than a year before the pandemic hit. And owner Anh Nguyen knew she had to find a way to keep it open. “WCK saved our lives,” she said. “The rent is paid through WCK.”

With the help of employee My Ly, who’s been at the shop from the beginning, Cam Anh deli delivers 250 bánh mì sandwiches a week to the children at Lincoln Square Recreation Center in Oakland’s Chinatown. “We couldn’t ask for better,” said Anh, adding that it feels good to help young people in her community. “Check my DNA — I’m made in Oakland.”

“2020 has exposed deep truths about the world. To us, it’s proven two things: that food is a powerful harbinger of hope, and that restaurants are an integral and resilient piece of a community’s cultural DNA and economic strength. We’ve been able to stand with the food industry as it adapts to a new reality. Oakland’s chefs have shown profound care for their neighbors and the greater community.”